I guess I won the lottery ... or at least the census lottery.  Too bad the prize is that I have to fill out the American Community Survey--with its 28 questions on housing and 48 questions on each resident.  It is essentially what used to be called the Long Version of the Census.

Some of these questions appear to be unlikely to generate accurate information. For example, I am asked about my earnings (broken down into categories from wages to welfare) over the last 12 months.  The survey makes it clear that they want data for May 28, 2009 to May 28, 2010.  Like most Americans,  I figure my earnings for tax purposes based on the previous calendar year.  It's a lot of work, since, again like many Americans, I get money from more than one source.  Fortunately, when I'm doing my taxes, the documentation I receive is geared to the calendar year, so that makes it a little easier.  Having to re-calculate everything for a May 28th-May 28th year is a needless hardship.  It is certain to take several hours of work.  I strongly suspect that many persons in my position will simply wing it, and the data will be inaccurate. Alas, I am hard-wired to be a do-bee and will try my best. 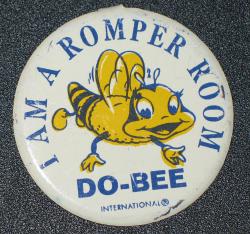 In the mood to read about big industrial accidents?
Tom Smith

Share
What with oil spewing into the Gulf of Mexico at a classified rate, how could you not be?  This book, Inviting Disaster, provides a fascinating and suitably chilling introduction to what is known as "accident theory" and systems safety.

Share
And other interesting and alarming insights from the Greenlight Capital guy.

The road to serfdom runs through unregulated banks
Tom Smith

Share
Interesting but unpersuasive to me.  I suspect there is a lot of capture of government by the financial sector but I think regulation is more the mechanism of capture than its opposite.  Johnson cites Hayek but seems to miss the essential Hayekian point that the Archimedean point of the good, publicly interested regulator just doesn't exist over the long run.  Also, Hayek didn't think the opposite of serfdom was "democracy."  So I guess this is really just a complete misappropriation of Hayek.  Oh well.

Readers of this blog will know already that both I and my treasured colleague Professor Rappaport have a hard time abiding Mr. Brooks.  One could go on and on about why he is so irritating, but the purpose of this short post is just to note a few of them now that his is blathering on about Burke again.  And so, just the talking points:

Share
What a strange dude.  I can see dreaming of being Italy, at least for dinner time, or England for a pub lunch, or Ireland for green hills and friendly people, or Germany for the autobahn, but dreaming of China for its government, even for a day?  And this guy is one of our great public sages.

Here is an interesting response to Professor Mark Lilla's sobering essay on the Tea Party movement, sobering because as a professor, I always find it sobering to read another professor write about something he evidently does not understand very well.  There's a there but for the grace of God go I sort of feeling it induces, a kind of, holy shit, I hope I never make a fool out of myself in this way, feeling. But he probably need not worry too much, as his ideological compatriots will read his essay uncritically and his ideological opponents, such as I, can be dismissed as Tea-crazed.

If you have not read the Lilla essay, you really should.  It is a quick education in how NYC and other urban elite intellectual types are likely to view the Tea Party.  Though, to give those elites credit, I find it hard to believe that all of them would be as innocent of American history as Professor Lilla apparently is.  I mean, US history is practically one darn popular irritation after another;  it's really hard to miss that.  You have all those original Revolutionary patriots, through the Whiskey Rebels, to abolitionists, various evangelical revivalists, those darn Jacksonian Democrats (!), free soilers, Latter Day Saints, Wobblies, Free Silverites, I mean come on.  American history is a veritable pageant of roiling individuals impatient of being governed.  You get a bunch of restless, anti-authoritarian Americans, and Lilla wants to call them Jacobins?! That like announcing to your class, "Ladies and Gentlemen, the thing to remember about American history is Plus ça change, plus c'est la même chose!"

Perhaps Professor Lilla is showing off in a subtle way, the way the American exchange student does when she comes back from a year in Paris and pretends she cannot remember the English word for something. "Mais c'est ca quoi?!  Bien . . . Ah oui! The "automobile"!"  By revealing the depth of his not-get-itude of the Tea Party, he may be demonstrating just how far removed from exurban, church-going, driving to the supermarket, not walking to gourmet shop America he is, as one would profess to be simply incapable of imaging what people who live in Connecticut do of an evening.  That is, he is pretending to be ignorant in order to be cool.  If that is not the case, somebody should sit his butt down with one of those review books for AP American History and make him read it.  I mean honestly.  He's like a famous American intellectual or something, right?  If Professor Lilla is only recently arrived in this country from Europe, I apologize.  I am all for stealing the best European scholars and ensconcing them in our top universities where they can well paid and add to the interest and color of our great institutions. Oh, nope.  I see he was born to Catholic parents in Detroit, about the same time I was born in Boise. Well, I don't know then.

Share
Disturbing stuff.  It is definitely worth keeping an eye on this sort of thing. Montgomery County and the State of Maryland really has to let the District of Columbia know that this sort of thing will not be tolerated.  In fact, I would be surprised if this sort of thing does not violate the law.  If not, Maryland and other states should pass a law that makes it a serious crime to use out of jurisdiction law enforcement as part of conspiracy to intimidate somebody.  This like something out of the 1920s or 30s. 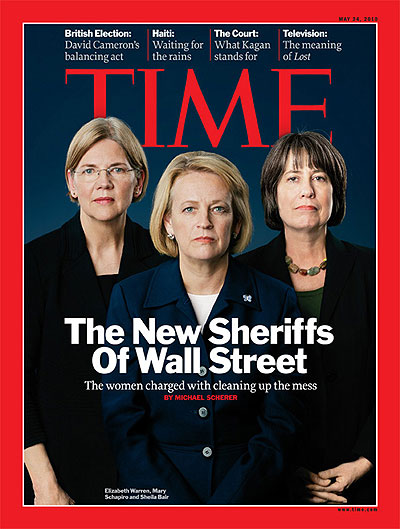